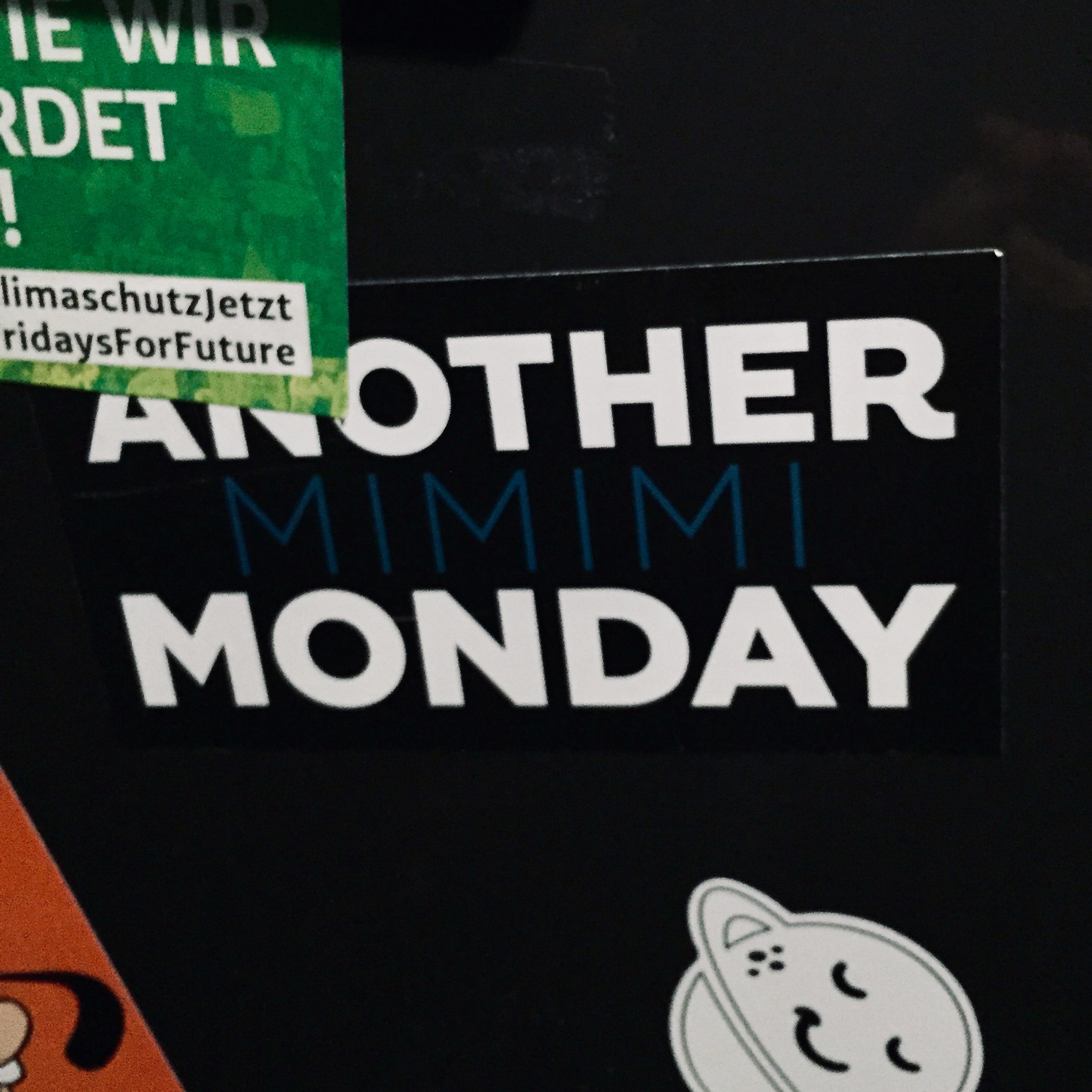 We always like to believe that we are one single person. One individual with one personality only. We think with one brain, we survive with one beating heart and we speak with one tongue. People with more than one identity have a bird. Or not all cups in the cupboard. But it is us who are mistaken and walk ignorantly on the wood way. People can actually have more than one personality. In fact they can have up to 6500 personalities. As this is the number of languages that exist in this babbling world.

When people switch languages they become a different person. Suddenly the eloquent, witty and charming person of your dreams becomes a arm candle holder that understands only train station. Your shy friend turns into a passionate latina and you think „There fries me someone a stork.“ Your self-confident boss suddenly metamorphoses into a stuttering first-grader, whose tongue is knotted together with its poor vocabulary and you shame yourself in ground and floor.

The more languages we speak, the more tongues we use, the more multi-faceted we become. Even dialects and local accents can change the way we perceive a person. A strong Saxon accent can endanger the conservation of your bloodline, whilst a loose flaky Rhenish „Juten Tach, Schätzelein“ can open doors and hearts at the same time. The clattering in our heads may be noisy or melodic, loud or silent – but in the end it is our mouth, our language that translates the clatter into words and creates connections with other people. Our spoken words speak to or with others. These connections help us form a personality. They let the little monkey in our head become more than a fuzzy furball of ringing thoughts. Language has the power to form us – and to create new things such as the Schellenaffe. Its DNA consists of twentysix letters. But how much is it formed by its writers tongue, by being German? What is the Schellenaffe anyway? 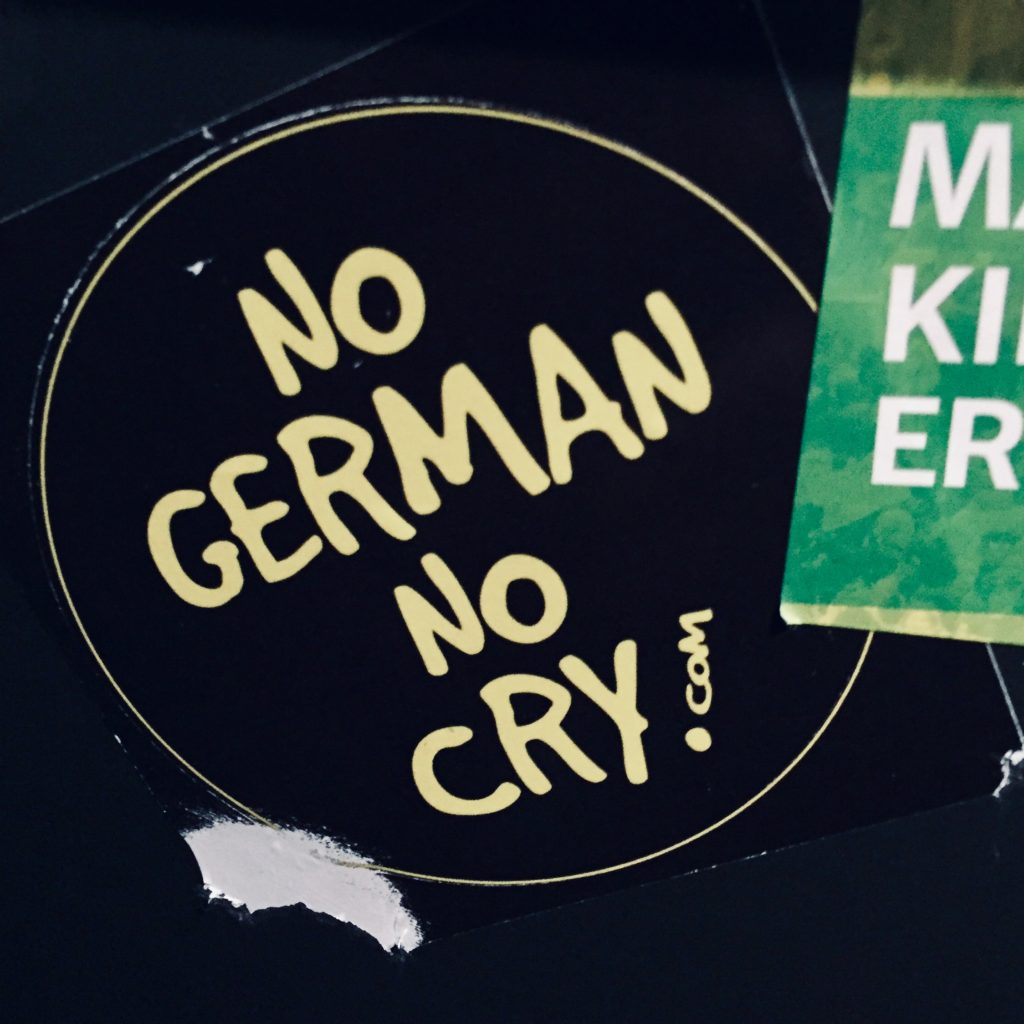 To answer this question the Schellenaffe left its cosy row home of harsh sounding, never-ending words such as Aufmerksamkeitsdefizit-Hyperaktivitätsstörung and started an experiment. Instead of saying something through the flower or in German as usual, it tries to say something in the language that the monkey in the brain of Queen Elizabeth II uses when she sits on the toilet:

Dear tourists and people passing by. You may wonder what this is – a „Schellenaffe“. It sounds like just another German politician with a deficient laughing muscle (known as the „ mouth angel(a) syndrome“). Or maybe it’s the German way of writing Seychelles – though you`d expect it to include at last one of these weird umlauts and much more harsh sounding consonants. Schrztelzlenrtäftte. Yes, this is more likely the way Germans would spell paradise.

No, the Schellenaffe is something different. It describes the little monkey in our head that is more „annoisy“ than a debate in the British parliament that is accompanied with music from Rammstein. You could call him bellmonkey. The bellmonkey uses a bunch of sophisticated sounding phrases and a whole lot of adjectives in order to impress its readership, bring thoughts to life and make mondays less mimimi. It has a simple message it tries to tell its observers every monday: even if life isn’t a pony farm, a wish concert or cherry-picking enjoy life in full trains.

Everthing is in butter. No matter how well oiled the language is that you use. 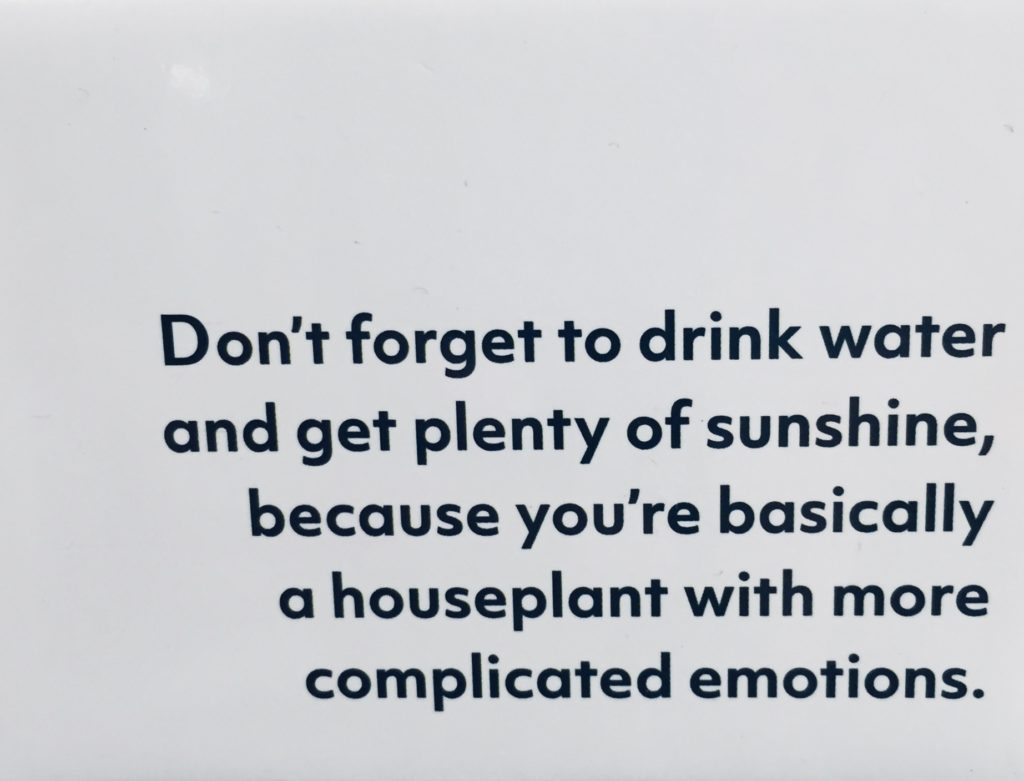 4 Gedanken zu „The bellmonkey – nice to read you.“

This website uses cookies to improve your experience while you navigate through the website. Out of these, the cookies that are categorized as necessary are stored on your browser as they are essential for the working of basic functionalities of the website. We also use third-party cookies that help us analyze and understand how you use this website. These cookies will be stored in your browser only with your consent. You also have the option to opt-out of these cookies. But opting out of some of these cookies may affect your browsing experience.
Necessary immer aktiv
Necessary cookies are absolutely essential for the website to function properly. This category only includes cookies that ensures basic functionalities and security features of the website. These cookies do not store any personal information.
Non-necessary
Any cookies that may not be particularly necessary for the website to function and is used specifically to collect user personal data via analytics, ads, other embedded contents are termed as non-necessary cookies. It is mandatory to procure user consent prior to running these cookies on your website.
SPEICHERN & AKZEPTIEREN